Yes, there actually is an International Coffee Day on 1 October 2019!

This is promoted by the International Coffee Organization (ICO). The ICO is an intergovernmental organization for coffee and its members are the governments of both coffee exporting and importing countries.

The ICO effectively represents about 98% of the world coffee producing countries and 67% of world coffee consumption.

International Coffee Day was established to draw attention to the coffee industry.

This year the ICO wants to draw your attention to the plight of coffee farmers everywhere who are suffering from low prices of coffee and high production costs.

The ICO promotional video shows the stages of coffee production and includes a specially written ‘anthem’ for coffee farmers as shown in their video below.

You may have thought that coffee production is ruled by large conglomerates. However, many small farmers make their living by farming coffee.

These farmers can produce the specialized ‘single origin’ coffee that we often prize and probably take for granted.

The current low price of coffee, and high production costs, is making it much harder for coffee farmers to make a living.

The low price of coffee is due to high crop yields leading to an oversupply of coffee beans. The ICO states that the money paid to coffee farmers is at a “…15-year low” and “30% below the 10-year average.”

The ICO also states that the costs of producing coffee have also increased. This includes the cost of land, labor, fertilizer, and other items necessary for farming coffee.

The ICO estimates that the farmers are paid “…as little as 1 cent (USD) per cup.” Where a cup of coffee normally retails at about US$3.50.

The low price of coffee beans is probably great for coffee drinkers and logically it should reduce the cost of your cup of coffee. But we all know that won’t happen.

The International Coffee Organization wants to try and ensure a living wage for the coffee farmers and have set up a ‘coffee pledge’ campaign on Change.org.

I’m all for people receiving a living wage for anything they do!

The #coffeepledge campaign only requires your vote (although you can donate through Change.org if you like).

The #coffeepledge campaign started earlier this year and the ICO was aiming for about one million signatures for the campaign. Unfortunately, as of October 2, 2019, there were only about 7500 signatures.

The Price of Coffee over 15 years.

I am not suspicious of ICO, and I do believe they are trying to help the coffee farmers. However, I still like to check claims that anyone makes. Yeah, I’m kinda odd.

However, it does depend upon when the claim was made by the ICO (and I’m not sure of this) and the dates used to draw the line for the past 15 years.

I think that you can safely say that the price of coffee on May 13 this year was the lowest in the past 14 years (I told you I was kinda odd).

The current price of coffee is about US$1.01/lb, so the price has gone up a bit. Thankfully, for the farmers and exporters at least.

The ICO seems to be in a bit of predicament, doesn’t it? I wonder how they mediate these seemingly two opposing forces?

The ICO obviously has a vested interest in coffee but I’m satisfied that they are not trying to pull the wool over your eyes. What do you think?

Can the coffee farmers do something else?

It would be difficult for farmers to do anything else but grow coffee. Often coffee farming has been passed down through generations and within families. Some farmers don’t know anything else.

You probably know how difficult it can be to change. When you have been doing the same thing for generations, then change is not only difficult it is terrifying.

Coffee farmers are, in a way, no different from other farmers. All farmers are subject to the whims of nature such as floods, winds, drought, and pests.

They are also subject to economic forces such as cost of labor, cost of production, cost of machinery, technology, and the cost of borrowing. There is also government influence such as quotas, regulations, and subsidies.

Being a farmer can be a difficult occupation and our society relies so very much on them. I have nothing but admiration for farmers. They work hard and they provide us with the food we need to survive and, in this case, the coffee beans we love.

How about we give the farmers our support? #coffeepledge

This site uses Akismet to reduce spam. Learn how your comment data is processed. 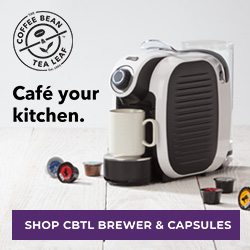 Please note that some links in our articles are affiliate links. This means we will earn a commission, at no cost to you, if you click a link and make a purchase. In particular, Goodcoffeeplace.com is a participant in the Amazon Services LLC Associates Program, an affiliate advertising program designed to provide a means for sites to earn advertising fees by advertising and linking to Amazon.com. Our opinions and reviews are unaffected by the affiliate system. Please also see our privacy and disclaimer pages. Thank you.