Have you recently decided to be more conscious about what you are eating and drinking?

If you are like the average person, you probably enjoy a cup of coffee, or two, each day. But, have you ever caught yourself wondering if coffee is actually good for you?

You may have read about cold brew and it potentially being healthier for you, but is this true? Or is it just a ruse to get you to drink more coffee?

In this article, we will be exploring this to let you know whether or not cold brew is actually healthier for you or not.

What is cold brew coffee?

Geez, Steven, the name says it all – cold brew coffee is coffee that is cold. Duh!

Well, it is a little bit more complicated than that.

Cold brew coffee is not:

When you spill your coffee in Chicago!
(We don’t know the original source of this image, but we found it on Me.me)

In a nutshell heat is not used to make cold brew coffee.

In hot brew coffee, hot water is used to extract the component molecules (e.g. caffeine, acids, oils, and sugars) of the coffee.

In cold brewed coffee, cold water is used to extract the component molecules of coffee.

Some people may still use hot water for the extraction, followed by filtration, and storage in the fridge. However, we suggest that this isn’t really cold-brew coffee.

This also means that it extracts more of the acid components of coffee.

Cold water extraction of coffee (i.e., cold brew) is very slow and can require at least 12 hours, and up to about 48 hours, to extract the coffee.

You need to be patient when making cold brew coffee at home.

Some methods claim to perform quick cold water extraction within an hour or so and we will look at these a little later.

The overall taste of cold brew coffee tends to be smoother and less bitter and acidic when compared to the normal hot brew process.

How is cold brew coffee made?

How to make cold brew coffee?

Cold brew coffee can be made using equipment you can find in most kitchens, or using some of the usual coffee brewing gear, or using some innovative techniques.

First, let us clarify what is meant by ‘brew’ and ‘brewing’. Brewing involves at least basic steps:

These three basic steps are used in making beer and wine.

However, when we brew coffee or tea we only use the first two steps.

When we make cold brew coffee we only use the first step.

Some of the main cold brew methods include

As we have previously mentioned cold brew coffee is made by cold water extraction of coffee. All of the cold brew preparation methods, except the drip system (infusion method), use full immersion of the coffee grounds.

Full immersion is usually better because it extracts more of the coffee components and gives a flavorsome cold brew coffee.

The basic recipe for preparing cold brew coffee varies with the technique you use.

Grind your choice of coffee beans. Use from medium, medium course, or course grind depending upon the technique you use and your preference. You can experiment!

Alternatively, you could use some of the commercial pre-ground ground coffee bags. If they have enough coffee!

Add water to the ground coffee. The coffee to water ratio can be from 1:3 to 1:8. That is, 1 cup of ground coffee to 3 cups of water. A 1:8 ratio will be less concentrated.

The ground coffee can be placed in a cloth bag (this is also known as the coffee sock method) to make it easier to make a drink free of loose coffee grounds.

Stir and/or shake to soak all of the ground coffee.

In any case, cover the water-coffee mixture to keep it protected.

The time required for immersion applies to most cold brew techniques except for the vacuum and cold pressure techniques where the time is reduced to minutes.

If you didn’t enclose your ground coffee in a coffee sock or cloth bag then you will need to filter your brew to remove the loose coffee ground.

You can also leave the coffee solution a couple of hours to sediment any remaining fine coffee grounds. Then you can decant the clarified coffee from the sedimented coffee grinds.

Take some of the cold brew concentrate and add additional water, ice cubes, milk, or sugar.

However, we will quickly visit some of the other main methods of preparing cold brew coffee.

Well, it isn’t a sock although some would claim that a sock was used sometime in history. I’m not sure.

You can use a commercial version of the sock or just make your own from a suitable cloth.

A suitable cloth would be one that has a wide enough weave to let the water flow freely but not let the coffee grounds pass through.

The following video by JayArr Coffee shows how to use a commercial coffee sock and a mason jar to make cold brew coffee.

This is where we come into the coffee machine domain. There are quite of few of these systems including the well known Filtron, Toddy, Oxo, and Hario. We’ve listed these in the Cold Brew Coffee Equipment below.

They all essentially work on the same principle of a cold brew immersion that is subsequently filtered after brewing. The filter may be paper or cloth. They are convenient in that it is an all-in-one system that is also relatively easy to clean.

The video below by Evertything Kitchens shows the Oxo which is one of the better cold brew coffee makers and uses a ‘rain maker’ lid helps spread the water over the ground coffee and has a simple ‘flip the switch’ filter to release the coffee after steeping.

These machines are the exception to the rule in that they can make cold brew in a matter of minutes instead of hours.

Two of the main vacuum systems on the market are the Dash and the Gourmia GCM7800 Brewdini.

The Dash was the first on the market using the vacuum system and they called it their ‘ColdBoil™ technology’. The coffee is extracted by first creating a vacuum the water is then continuously circulated through the trapped coffee grinds under pressure.

The video below by ‘Doc Talks Tech’ shows the Dash Rapid Cold Brew System as an example of the cold brew coffee vacuum system. ‘Doc Talks Tech’ prefers instant coffee but you can use your fave ground coffee beans.

This method simply drips ice-cold water onto the ground coffee. It is also known as ‘Dutch Brew’ coffee. This is an infusion coffee extraction method rather than an immersion method.

The Japanese made a more elaborate version of the Dutch Brew Coffee Maker commonly known as the ‘Yama Tower’.

The following video by JayArr Coffee explains a little more about Dutch Brew and the Yama Tower cold brew method.

Is Cold Brew Coffee Actually Healthier For You? 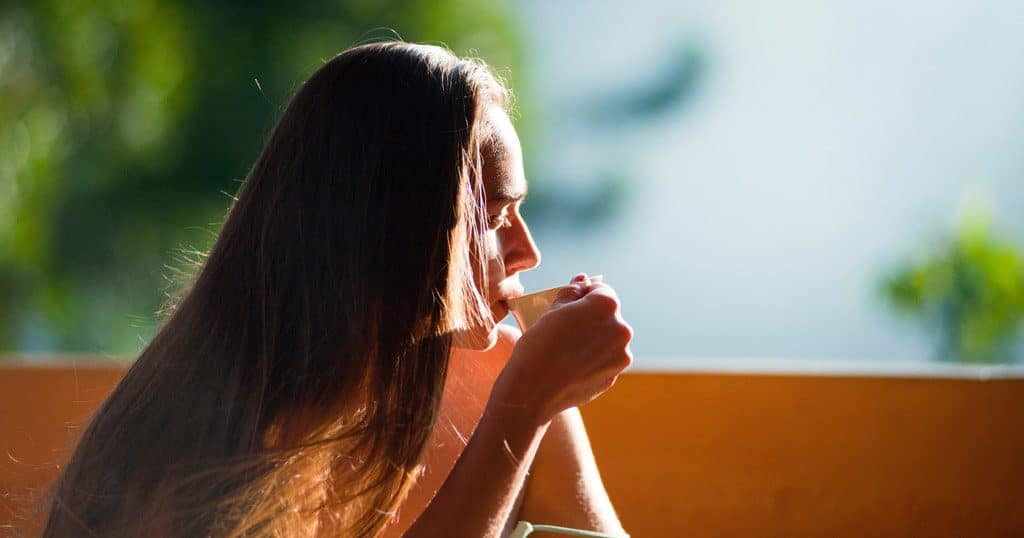 Photo by VisionPic .net from Pexels

Surprisingly, there are many health benefits you can have from drinking cold brew coffee. Cold-brew is fairly healthy, but as with any kind of drink, this is in moderation. In this section, we will be discussing a number of these benefits.

Although regular coffee does contain antioxidants, it is thought that because you are brewing the coffee at a particularly high temperature, this affects the antioxidants left in the coffee.

With cold brew coffee, because the coffee beans are never actually heated up, it is thought that it is richer in antioxidants. Antioxidants are great for the body, so this is a great reason to choose cold brew coffee. 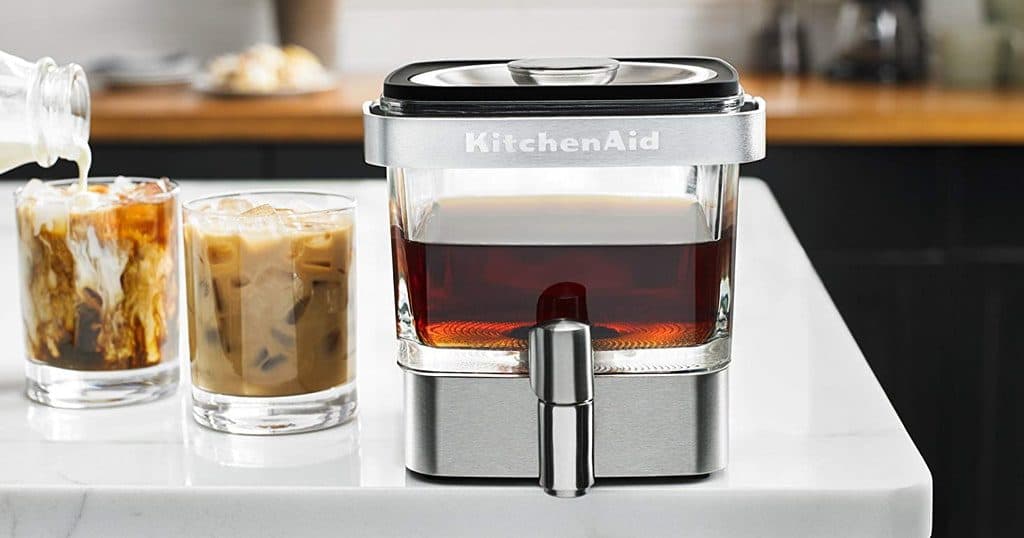 As mentioned above, cold brew coffee tends to be a lot less acidic compared to regular coffee. If you are someone that struggles from excess stomach acid or acid reflux, it will be encouraging to know that you can still drink coffee without it causing your stomach to turn into an angry ball of fire!

It is less acidic because the cold water does not draw out the acid in the same way as pressing the coffee and running hot water through it does. The majority of the acidity will remain in the coffee beans.

Although this does not necessarily mean that the cold brew is healthier for you, it means that if you are sensitive to acidic foods, you can still enjoy a coffee without the uncomfortable side effects. 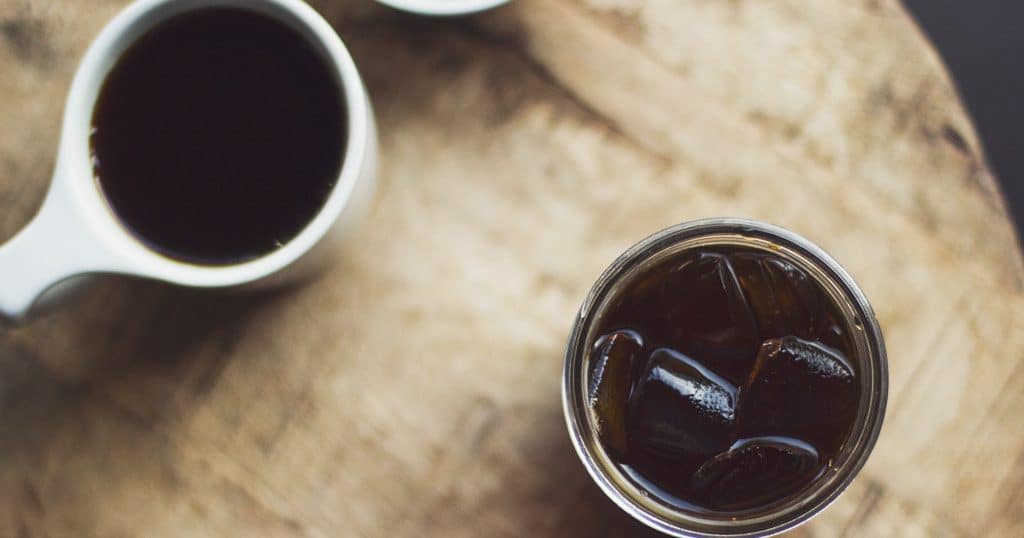 Photo by Matt Hoffman on Unsplash

It is worth noting that the difference in caffeine concentration between cold brew and regular coffee is significant. If you prefer your coffee to be higher in caffeine, a switch to cold brew may benefit you.

Cold-brew is higher in caffeine concentration because of the way it is brewed. Compared to regular coffee, it is typically mixed with less water, making it more concentrated. If you need a quick caffeine fix, it is a great option for you.

Having a higher caffeine concentration, a cold brew will allow you to feel the effects of the caffeine quicker and will increase your concentration more. However, if you are more sensitive to caffeine this is worth bearing in mind as it could cause some unwanted side effects.

Health Benefits That Apply To All Types Of Coffee

While these do not apply to just cold brew, they are worth mentioning as it is good to know that you will not lose out on these health benefits by drinking cold brew.

Although it is a different coffee extraction process, you do not lose out on the fundamental health benefits of coffee as a whole. 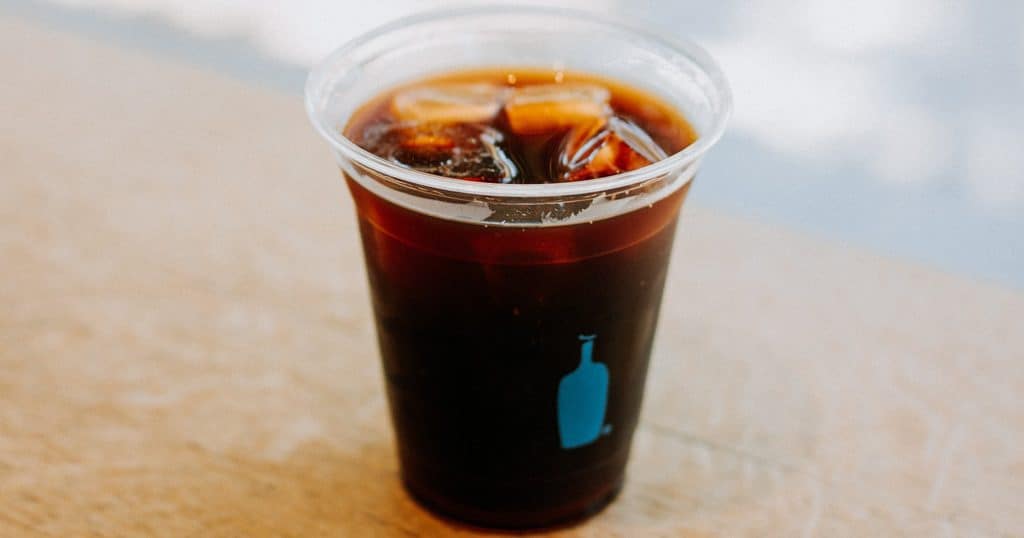 Photo by Ben Kolde on Unsplash

Overall, cold brew is becoming increasingly popular due to its smoother and less bitter taste. It includes all of the same health benefits a regular coffee, such as increased energy, lower risk of diabetes, and heart diseases.

By swapping over to a cold brew, you will not be losing out on any of the health or psychoactive benefits of coffee.

If anything, cold brew is slightly healthier for you when it comes to your digestive system.

Cold brew is significantly lower in acidity when compared to regular coffee, if coffee irritates your digestive system or acid reflux there should be a noticeable difference for you. This allows you to still enjoy all of the benefits of coffee, but without the unwanted side effects!

Not only is cold brew smoother in general compared to normal coffee, but it is also higher in antioxidants. The human body benefits greatly from antioxidants, so given that these are not affected by the brewing process, your body will thank you!

As with any drink, cold brew is healthy, but in moderation. As it tends to taste less bitter, there is less of a need to add sugars, syrups, and creams to the coffee to it, making it healthier too.