Benefits of Adding Cinnamon to Coffee

Cinnamon and coffee are two very distinct flavors. Cinnamon is a spice that is often used in baking and in the making of curries. Surprisingly, perhaps, there are benefits of adding cinnamon to coffee.

It is very warming and can come in the form of cinnamon sticks or ground, dried cinnamon. Coffee, well, do we really need to explain coffee to you?

It is a life force for many of us thanks to its caffeine content, as well as having a gorgeous, deep taste that can be enhanced with milk, sugar, sweeteners, and other flavorings.

One of these flavorings is, of course, cinnamon.

A popular method for this is by buying a spiced coffee syrup such as the infamous pumpkin spice flavors you can get in the fall, or even gingerbread syrups which often have cinnamon in them.

However, you can also put the herb in without the need for syrup.

Some people may think that they don’t compliment each other well, others may adore the taste of a dash of cinnamon added into their morning cup o’ joe.

We know the benefits of drinking coffee but there are also some surprising benefits of adding cinnamon to your coffee. Let us explore exactly what these benefits are.

7 Benefits of Adding Cinnamon To Coffee 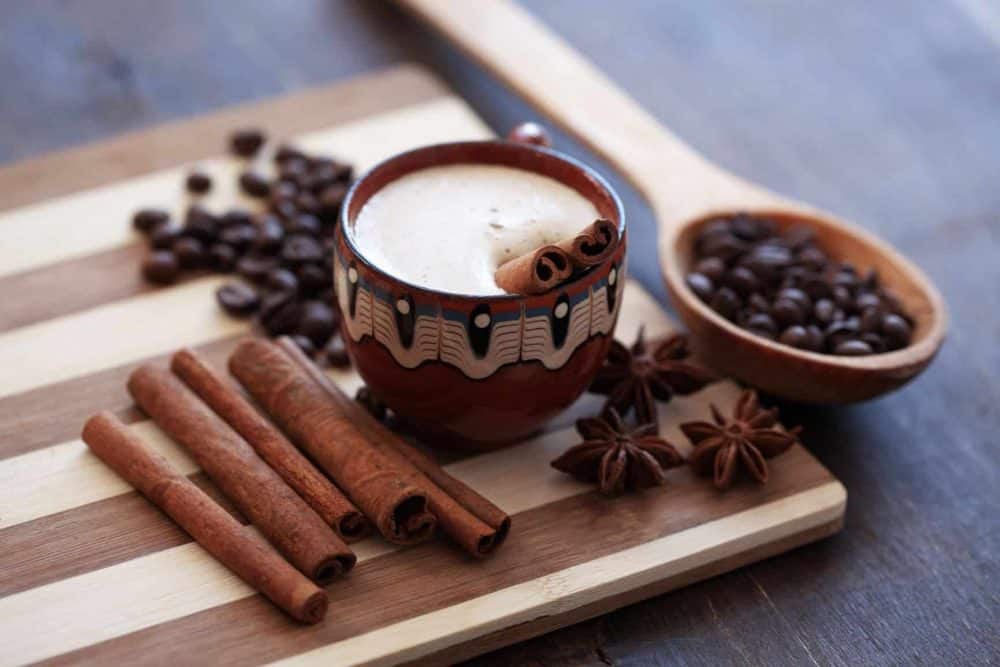 It is no secret that cinnamon has a deliciously distinctive taste. It has long been a favorite ingredient to use in popular coffee syrups.

However, these syrups are often laden with sugar and artificial sweeteners.

Using ground cinnamon or a cinnamon stick in your coffee can give you that gorgeous warm taste without the artificial ickiness of the syrup.

It is good for your heart health

Cinnamon is a spice that holds numerous health benefits. One of these is the effect it has on our heart health.

It does this by helping to lower harmful triglycerides that can cause heart ailments and issues, such as heart disease.

As well as this, cinnamon, along with other spices, is known for its ability to boost your blood circulation. This is due to its warming properties.

This, in turn, benefits your heart health as well as your general overall health.

It can give you an energy boost

Of course, coffee is so popular because of its caffeine content which is known for giving you a much needed burst of energy in the morning (and any other time of day).

You may not think of cinnamon when it comes to foods that boost your energy but this spice really packs a punch!

Adding a little dash of it to your coffee when brewing it can give you bundles of energy. The way it boosts your energy is like magic.

It can help to stabilize blood sugars to stop the dreaded spike and crash after we have had our lunch and snacks. The crash after eating food can cause fatigue and low energy.

Cinnamon can prevent this!

If you are someone who avoids sugar, perhaps because you are diabetic, then cinnamon can provide you with a great sugar alternative that can actually benefit your health.

This is a naturally sweet spice and it can add depth to your coffee.

We recommend choosing it if you want to switch up your usual sugar-free sweetener for something a little more healthy.

As well as this it can also help to regulate your blood sugar, as we explored in the section above, making it a great addition to your coffee.

If you are diabetic it may be best to seek advice from a professional before using cinnamon to check that it is suitable. A naturally sweet spice

It can help to relieve a stuffy nose

Cinnamon is a natural decongestant. This means it is the perfect choice for someone who has a stuffy nose and is feeling generally bunged up.

Stir a stick or two into your morning coffee, or add a dash of it whilst it’s brewing and breathe in the warming scent before drinking it and getting all of its anti-inflammatory benefits.

The hot coffee will also help to soothe your sore throat, giving you a medical but yummy drink with minimal effort.

It has excellent vitamins and minerals

Like many other herbs and spices, cinnamon is a fantastic source of vitamins and minerals. Most notably it is known for boosting vitamin K, iron, manganese, calcium, and even fiber.

Adding this to your morning coffee can help you achieve the levels of each of these you need every day, along with a well balanced diet of course!

It can also help to increase your antioxidants. These stop oxidation from happening in your body. Just one teaspoon of cinnamon can provide as many antioxidants as a serving of blueberries.

This is very impressive as blueberries are thought to be one of the highest antioxidants containing foods.

As we mentioned earlier in the article, cinnamon is known for its anti-inflammatory properties.

For this reason, it is a great addition to your coffee if you are someone who is suffering from inflammation in any part of your body because of an injury or illness.

It should be noted here that cinnamon cannot replace medical help, and if you are experiencing inflammation for any reason you should see a medical professional first.

As you can see by now, the benefits of adding cinnamon to your coffee are phenomenal.

Even if you aren’t keen on the taste of cinnamon, just stirring a cinnamon stick into your morning coffee is going to benefit you, and you will not even taste it that much from just the stick.

If you are a cinnamon fan then we bet you are jumping for joy at the thought of cinnamon being this healthy!

Keep in mind that if you are planning to use cinnamon to help with your diabetes or heart health then it may be worth checking with a medical professional first, especially if you are worried about some symptoms. 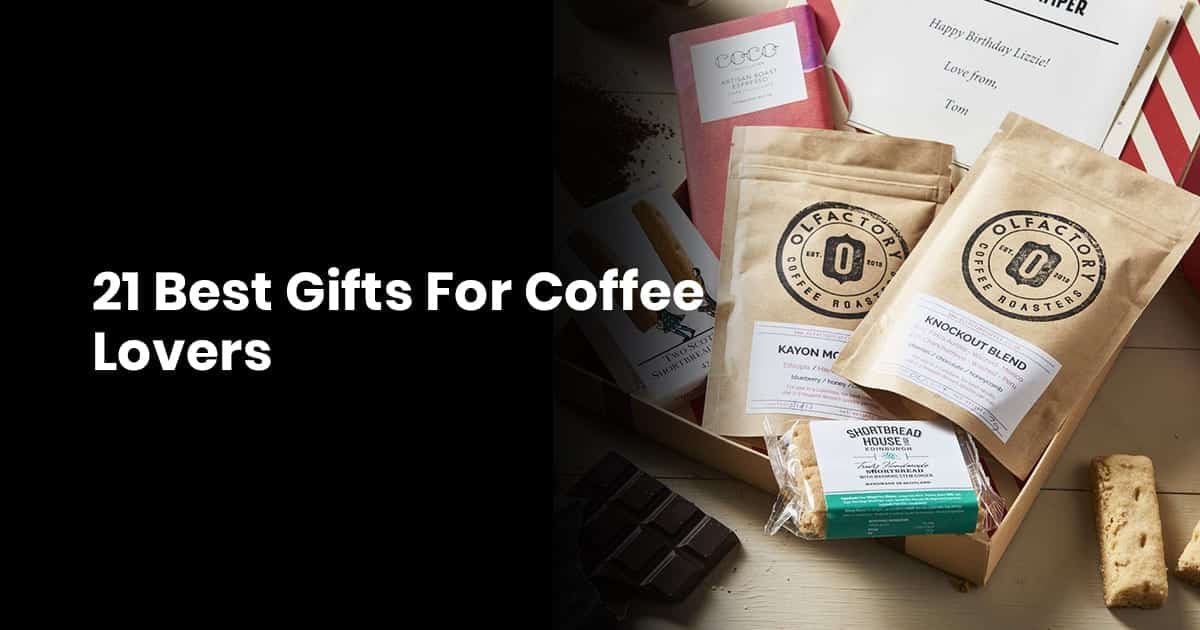 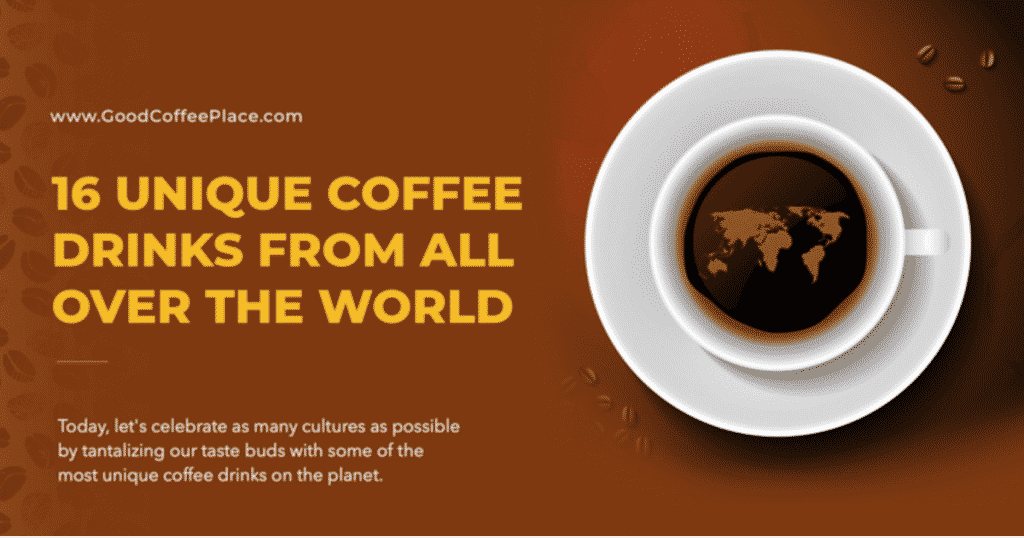